Want to see your post here? E-mail us: pesmas@ymail.com 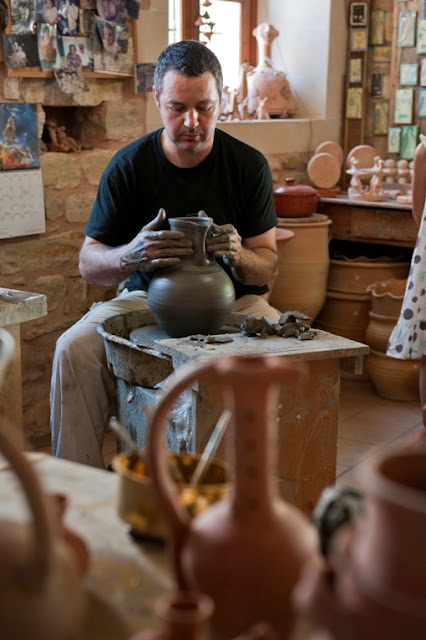 Art, tradition, inspiration, artistry blended with clay, marble, silver and gold shape objects of exquisite beauty to reserve a remarkable position into the pantheon of the Greek cultural heritage.

The ceramic art (or pottery) has been marking eras and millennia. It has been turning natural material into useful objects of high aesthetics. It has been involving artful hands into creating culture. It has been giving evidence about that culture, as pottery accounts for the most numerous objects of the same category found in any archaeological excavation.

With its inception lost in the prehistoric times, it thrives during the Greek antiquity in an inspired verve of shapes, colours, figures. Storage-jars, amphoras, kraters, jugs, and lekythoses reflect the everyday habits and the traditions of the society that produced them. In the modern era, new morphologic and technical features have been added to making ceramics. Earthenware jars have helped storing the harvest, while pitchers and flasks have contained liquids, and cooking-pots and dishes have been used as tableware. The forms have been rather simple, but the decorative touch– an exclusive task of the craftsmen’ wives- has sealed the crafted items with grace and sensitivity. Ornamental patterns such as stripes, coils, lines, flowers, leaves, fish, birds, and ship lift the humble clay up on a level of sheer folk art.

The more recent days of glory of the Greek ceramic art have been spent in the mainland (Macedonia, Peloponnese, Thrace, Attica) and on several islands (Thasos, Lesvos, Samos, Crete, Skyros, Aegina, Rhodes, Sifnos). The age-old tradition and the inherited knowledge have never ceased to drive the hands, the imagination and the artistry of the clay modellers.
Carving marble
Maybe the most conspicuous constructive material in the Greek architecture since the ancient times. Born 3.200 years BC, marble sculpture has marked the entire Cycladic civilisation. 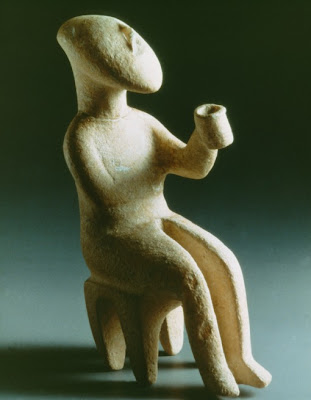 Heart of the marble art has always been the island of Tínos. Rich in marble deposits, the island has always been home to fine artists who have animated the rough material and shaped it into immortal masterpieces. In the antiquity, temples, altars, statues of gods and goddesses, and statuettes upgrade the island into a matrix of marble sculpture. In the villages of Pyrgos and Ystérna the Venetian occupation gives marble art a new lease of life. But the apex will not be reached before the 18th and 19th centuries, when the local craftsmen were treated with the honour of decorating imposing edifices of Athens. T buildings of the Academy, the University, the Parliament, the Archaeological Museum, and the Cathedral stand out among them.
Nowadays Tínos is regarded as the last bastion of the marble art in Greece. It might be the only place where tradition did not only fade away, but also inspired and nurtured new outstanding artists.
Silver and gold miracles
Since the prehistoric times, the human beings have been expressing their amazement for nature by shaping natural elements into ornamental objects: clay necklaces, sea shells rings, and beautiful sea stones, have been utilised to symbolise prestige and power, to express feelings, to satisfy people’s vanity.
The Greek culture has been decorated by silver and gold art items for 6.000 years. The ancient and Byzantine times have struck gold with their cultural and artistic achievements. That is the heritage of the modern silversmiths and goldsmiths which is reflected in theaesthetically perfect objects of practical or religious use. In the districts of Epirus (the fame of the silversmithery of Ioánnina goes far beyond the Greek borders) Macedonia, Peloponnese (in traditional village Stemnitsa), and, to a lesser extent, on the islands and in the central mainland, the craftsmen use traditional techniques – etching, hammering, wire work - to make inspired jewels with fine patterns, such as coils, rosettes, single and two-headed eagles, ships, suns, stars.
Those are the literal treasures of the Greek culture.